Here are some people you will meet at the Lyceum. Our summer session also includes instructors from among the faculty and graduate students from the University of Iowa Department of Philosophy.

2020 & 2021 Program Director
Danielle is originally from Philadelphia, Pennsylvania.  She completed a B.A. in both Philosophy and Psychology at Roger Williams University, where she received the "Dr. Rodolphe-Louis Herbert Award for Excellence in Philosophy". She is currently a fourth-year graduate student here at the University of Iowa, and her area of interest involves the intersection between philosophy of mind, philosophy of psychology/neuroscience, and philosophy of education. Her current research focuses on the nature of "self" with an eye towards the unique, and often overlooked, experiences of those with mental illness. Danielle is incredibly passionate about teaching and has taught students ages 3 and up, in a number of different settings and covering a wide array of material.
Joe Glover:
2021 Program Director
Joe is originally from  California. He received his B.A. in philosophy from San Jose State University and his M.A. from Northern Illinois University. Joe is a third-year graduate student primarily interested in philosophy of language, metaphysics, history of analytic philosophy. His secondary interests include epistemology and ancient philosophy.
Cassie Finley:
2020 Program Organizer
Cassie Finley is from Bend, Oregon. She received her B.A. in Philosophy with a thesis on Aristotle’s psychology from Pacific University in Portland, Oregon in 2018. Cassie is a second-year graduate student, continuing to pursue her research interests in ancient philosophy, with a focus on ancient theories of mind and metaphysics. She has secondary interests in the portrayal of philosophical concepts in literature, in playing the violin, and taking her old dog, Molly, for walks. 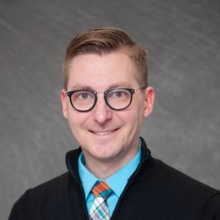 Originally from Michigan, Kris attended Central Michigan University as an undergraduate, earning a Bachelor's degree in Philosophy in 2003. After a brief hiatus from school, he returned to earn a Master's degree in Philosophy in 2007 from Western Michigan University. He started school at the University of Iowa in 2007, earned a second Master's Degree in Philosophy in 2010, and earned his Ph.D. in 2014. His primary interests lie in Early Modern Philosophy (17th and 18th century philosophy, specifically the work of Descartes, Cavendish, and Shepherd). He has published broadly, in the history of philosophy, the philosophy of education, and in pre-college philosophy. Kris is currently Associate Professor of Philosophy at Southern Utah University. He is co-founder of the Utah Lyceum, and currently serves as Associate Editor of Precollege Philosophy and Public Practice. He is a dedicated teacher having earned a handful of teaching awards including the "Distinguished Educator Award" at Southern Utah University in 2019, an "Innovative Pedagogy Award" from the College of Humanities and Social Sciences at SUU in 2018 and an "Outstanding Teaching Assistant Award" from the University of Iowa Council on Teaching in 2011.
A list of Kris's publications can be found here.
Greg Stoutenburg:
Co-Founder & President emeritus 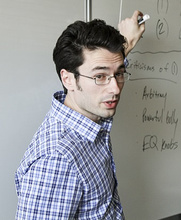 Greg is originally from Michigan. After earning his B.A. and M.A. degrees, Greg started work on his Ph.D. at the University of Iowa in 2011. While working on his M.A. degree, Greg became fascinated with issues concerning our control (or lack of control) over what we believe. That got him thinking about epistemology and ethics even more. Greg's primary interests are in epistemology (theory of knowledge), ethics, and philosophy of mind. He completed his dissertation, focused on how good a person’s reasons must be in order to have knowledge, here at the University in 2016. Greg is an excellent instructor and earned an "Outstanding Teaching Assistant Award" from the University of Iowa Council on Teaching in 2013. He is currently a Visiting Assistant Professor of Philosophy at York College of Pennsylvania.
Greg's website can be found here.
Landon D.C. Elkind:
Previous Program President 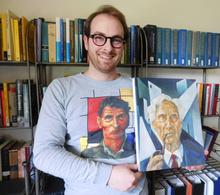 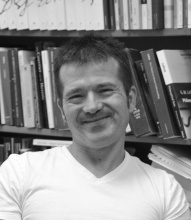 Hi. I am a philosophy professor at the University of Iowa.  My research and teaching interests include the history of the mind-body problem, the methods of rationalism, free will and determinism, agency, and existentialism.  I recently completed a book-length study of the philosophy of the 17th-Century philosopher and scientist, Margaret Cavendish.  She defends the view that the bodies that surround us, and the bodies that compose us, are sophisticated and intelligent.  Then she proceeds to develop a number of compelling theses about freedom, agency, and obligation.  I am continuing to work on Cavendish and on related issues in Spinoza's monism and pan-psychism.
David has worked hard to help graduate students keep the Iowa Lyceum funded. His support has been vital to keeping the Lyceum going each year, and his assistance was vital in making the 2020 Lyceum possible, during the COVID-19 pandemic.
David's departmental page can be found here.
Richard Fumerton:
Lyceum Instructor & Faculty Supervisor 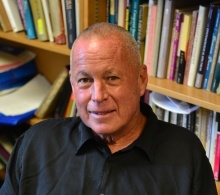 Richard Fumerton earned his Ph.D. from Brown University in 1974, and is the F. Wendell Miller Professor of Philosophy at the University of Iowa. He is the author of Metaphysical and Epistemological Problems of Perception (1985), Reason and Morality: A Defense of the Egocentric Perspective (1990), Metaepistemology and Skepticism (1995), Realism and the Correspondence Theory of Truth (2002), Epistemology (2006), and Mill (2009, co-authored with Wendy Donner), and he is the co-editor of Introducing Philosophy Through Film (2009, co-edited with Diane Jeske). His teaching and research interests include epistemology, metaphysics, philosophy of mind, and value theory. Professor Fumerton has several awards honoring his excellence in education. In 1994, he earned the M.L. Huitt Award for Excellence in Teaching from the University of Iowa, and in 1996, he earned a Collegiate Teaching Award from the University of Iowa. In 1997, Fumerton earned the Regents's Award for Faculty Excellence.
Richard's departmental page can be found here.